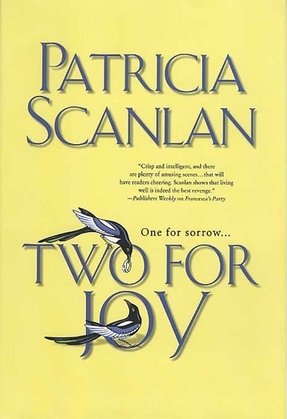 Oliver Flynn's wedding is the social event of the year, and the creme de la creme of Kilronan are happy to boast of being invited.

Noreen, his new wife, has finally outclassed her two sisters, who think they are better than her in every way. Not any more! But there is one nagging doubt: does Oliver really love her? Would he have married her if she hadn't done the proposing herself?

Cora Flynn, Oliver's bitter mother, has boycotted the wedding. She is determined that her detested new daughter-in-law will not become the number one woman in her son's life.

Wedding guest Lorna Morgan can't wait to shake the dust of Kilronan off her shoes. She's destined for bright city lights, unlike her stick-in-the-mud cousin, Heather Williams, who was only invited to the 'afters' with her clodhopper boyfriend, Neil. But then, in Lorna's eyes, Heather's just an 'afters' sort of person and always will be.

But worms turn, and what a difference a year makes. In Dublin, London and New York there is no respite for Noreen, Lorna or Heather. Only in Kilronan can the Pandora's box that was opened at Oliver Flynn's wedding finally be closed.