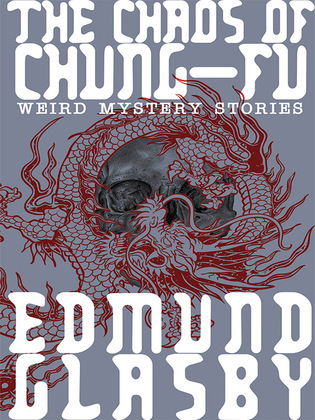 It was in a litter-strewn back alley in downtown Chicago that Private Investigator Jack Murphy first saw the poster: "THE SORCERY OF CHUNG-FU, An Evening of Oriental Magic and Mystery." Below the image of Chung-Fu were a series of alarming drawings: a scantily-clad woman shown in mid-scream, strapped to a rack as a pendulum blade swung low; a grinning, hideous, puppet-like thing, its dagger held aloft; a man cowering from two tigers; and, in the bottom left corner, another man, open-mouthed, vomiting a stream of spiders. There was a bizarreness to it that unnerved him. Could there be a connection between it and the rash of disappearances that he was investigating? And was the mysterious Chung-Fu the cause? Five stories of supernatural horror and mystery, by a rising star of weird fiction!