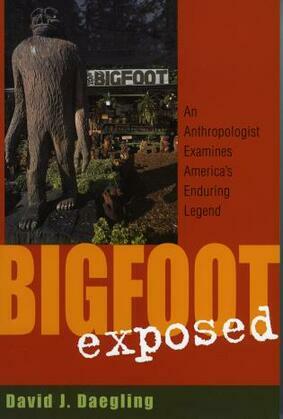 The myth of Bigfoot has captured the popular imagination since the creature's first public debut in 1958—numerous citations of 'evidence,' newspaper articles, books, hysterical personal accounts, and even Hollywood movies illustrate the American public's enduring romance with the Sasquatch. The scientific community on the whole, however, has stubbornly refused to comment on what it views as a very tall tale, though Bigfoot's existence continues to be hotly argued between proponents of the beast and its skeptics. Now, biological anthropologist and primate physiology specialist David J. Daegling enters the fray to offer both sides of the dispute benefit of objective scientific study. A well-crafted read, Bigfoot Exposed will prove to be as much a model of scientific method for anthropologists and researchers as it is an engaging and persuasive debunking of the myth of Bigfoot.