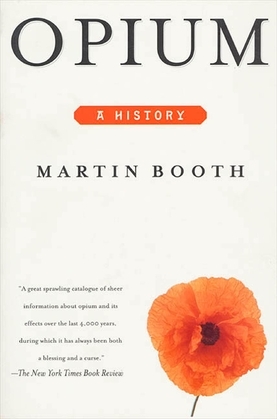 Known to mankind since prehistoric times, opium is arguably the oldest and most widely used narcotic. Opium: A History traces the drug's astounding impact on world culture--from its religious use by prehistoric peoples to its influence on the imaginations of the Romantic writers; from the earliest medical science to the Sino-British opium wars. And, in the present day, as the addict population rises and penetrates every walk of life, Opium shows how the international multibillion-dollar heroin industry operates with terrifying efficiency and forms an integral part of the world's money markets.

In this first full-length history of opium, acclaimed author Martin Booth uncovers the multifaceted nature of this remarkable narcotic and the bittersweet effects of a simple poppy with a deadly legacy.