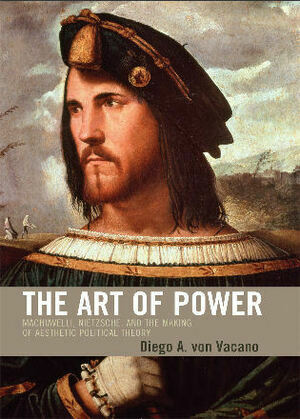 The Art of Power

The Art of Power is a challenge to traditional political theory. Diego A. von Vacano examines the work of Machiavelli, arguing that he establishes a new, aesthetic perspective on political life. He then proceeds to carry out the most extensive analysis to date of an important relationship in political theory: that between the thought of Machiavelli and Friedrich Nietzsche. Arguing that these two theorists have similar aims and perspectives, this work uncovers the implications of their common way of looking at the human condition and political practice to elucidate the phenomenon of the persistence of aesthetic, sensory cognition as fundamental to the human experience, particularly to the political life. By exploring this relationship, The Art of Power makes a significant contribution to the growing interest in the intersection of aesthetic theory and political philosophy as well as in interdisciplinary and comparative perspectives on political theory.