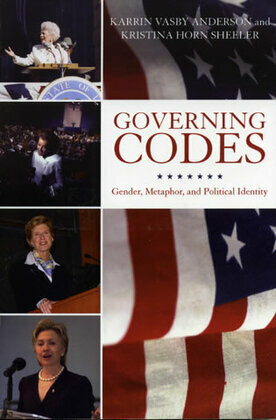 Familiar narratives and simplistic stereotypes frame the representation of women in U.S. politics. Pervasive containment rhetorics, such as the distinction between women as mothers and caregivers and men as rational thinkers, create unique hurdles for any woman seeking public office. While these 'governing codes' generally act to constrain female political power, they can also be harnessed as a resource depending on the particular circumstances (e.g., party affiliation, geographic location and personal style). One of these governing codes, the metaphor, is an especially powerful tool in politics today, particularly for women. By examining the political careers of four of the most prominent and influential women in contemporary U.S. politics_Democrats Ann Richards and Hillary Rodham Clinton and Republicans Christine Todd Whitman and Elizabeth Dole_Karrin Vasby Anderson and Kristina Horn Sheeler illustrate how metaphors in public discourse may be both familiar narratives to embrace and boundaries to overturn.