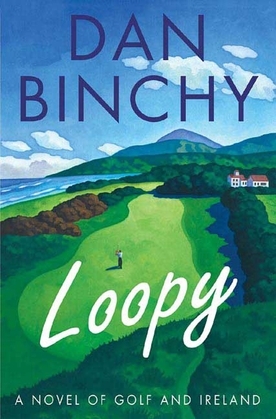 Dan Binchy's first two novels were delightful stories of small town Ireland and filled with a range of eccentric and hilarious characters. Both books received warm praise--The Washington Post called The Neon Madonna "terrifically funny and a hilarious read." Booklist called The Last Resort "an endearing and entertaining combination of warmth and wit."

The tiny village of Trabane is tucked far away in the west of Ireland. A coastal resort on the Atlantic Ocean, the rugged strip of land that separates it from the beach boasts a golf course designed more by nature than by man. On 'links' like this golf is much more than just a game to those that play it. It is a battlefield where scores are settled and every man and woman is equal. Anything further from the wealth and luxury of an exclusive country club would be hard to imagine.

Yet to young Larry Lynch, nicknamed LOOPY, golf opens up new horizons and the chance of a better life. The story of Loopy about much more than golf, it is the struggle of good versus evil, played out against a majestic backdrop of towering sand dunes, emerald green fairways and Atlantic hailstorms that prick the face like steel knitting needles.

Loopy is pitted against snobbery, big business and ruthless financiers in a golf match that is a parable of life itself. Helped only by an eccentric caddy and a gaggle of noisy supporters, he takes on some of the world's best amateur golfers in a titanic struggle that will warm the heart of readers everywhere. Little does he know that he is playing for a prize far, far greater than a silver trophy.

Through it all, Binchy imbues the work with a wonderful feel of small town Ireland and, of course, the Irish spirit.