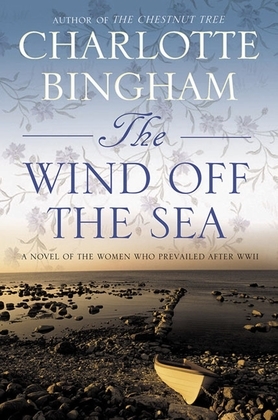 The Wind off the Sea

It is 1947, the worst winter in England since records began, and even the sea is frozen. For the women living in the little fishing port of Bexham, the chronic lack of everything from fuel to food has left them reeling. When Waldo Astley, a handsome young American, drives through thick Sussex snow into the village in his large Buick, he finds Bexham filled not only with grumbling residents, but with frustrated wives and mothers, forced back behind their stoves after celebrating the victory for which they fought so hard on the home front.

But Waldo is no ordinary character, and while he has come to Bexham on a personal mission, his effect on all the residents is truly electrifying. For Judy, whose marriage to Walter has been badly affected by long years of separation; for Rusty, whose miscarriage has been mind-shattering; for Mathilda, whose single motherhood has put her eligibility in jeopardy; and for Meggie, still not recovered from her ordeal as a secret agent. For all these women, Waldo Astley is not just a breath of fresh air--but the wind off the sea.