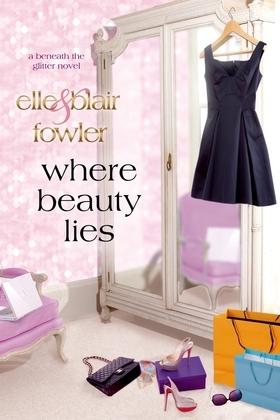 In Hollywood, there's no such thing as bad press, especially when you're Sophia and Ava London. Despite their very public scandal, the London sisters are hotter than ever. Sophia's finally in the perfect relationship with the perfect guy?even if can't she get the memory of Giovanni out of her head. And Ava's taking a break from dating to focus on her career?while a new love interest is trying to disrupt her carefully laid plans. Best of all, Sophia and Ava have just been given a chance to create their own fashion line for New York Fashion Week. It's a once in a lifetime opportunity? but only if their ruthless rivals don't destroy them first.

The same unseen enemies who tried to ruin them back in L.A. are in New York to finish the job. And a new competitor is hiding in the shadows of the runway, waiting for a chance to steal everything Sophia and Ava have worked so hard for. In the cutthroat world of high fashion, it's impossible to know who your real friends are. At least Sophia and Ava can count on each other?but will it be enough to keep them from losing it all?

From internet sensations Elle and Blair Fowler comes Where Beauty Lies, the dazzling sequel to Beneath the Glitter