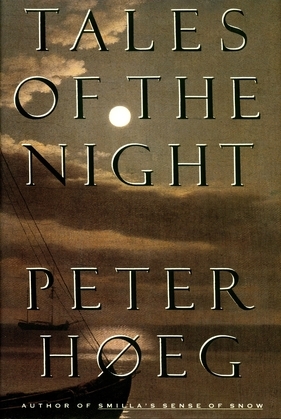 Tales of the Night

These eight stories are linked by a date and a motif. All of them have to do with love. Love and its conditions on the night of March 19, 1929.

In his second book and his only collection of stories, Peter Høeg proves himself to be a true storyteller in the tradition of Karen Blixen and Joseph Conrad. These beautifully constructed tales deal with love, the classic arts and sciences, and the confrontation of Western and non-Western cultures. Moving from a railroad car in the Congo to a sailboat in Lisbon's harbor to an upper-class apartment in Copenhagen, they include the tales of a young, disillusioned mathematician who comes face-to-face with his culture's distorition of Africa; an esteemed judge who runs off with the young man he has just sentenced to prison for his homosexual tendencies; and a town--sealed off from the plague--that is infiltrated by a troupe of traveling actors.