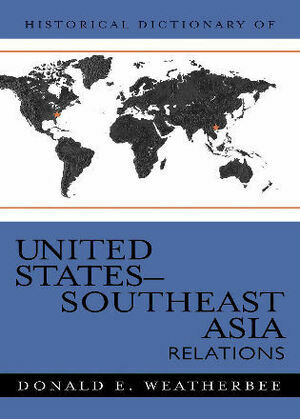 by Donald E. Weatherbee (Author)
Buy for $146.00 Excerpt
Nonfiction History Other History by country United States Asia Southeast Asia
warning_amber
One or more licenses for this book have been acquired by your organisation details

Southeast Asia consists of the countries of Brunei, Burma, Cambodia, East Timor, Indonesia, Laos, Malaysia, the Philippines, Singapore, Thailand, and Vietnam. Historically, U.S. policy and diplomacy with Southeast Asia is defined by U.S. interests in the region, whether it's maintaining free lanes of communication through the South China Sea, gaining access to the resources and markets of Southeast Asia, or containing the spread of Communism. Since World War II, the U.S. has constantly been involved in conflicts in the region: providing material and financial support for France during the First Indochina War, direct involvement in the Vietnam War, providing support to Thailand during the Third Indochina War, and the declaration that Southeast Asia is the second-front in the war on terror after September 11. The Historical Dictionary of United States-Southeast Asia Relations identifies the key issues, individuals, and events in the history of U.S.-Southeast Asia relations and places them in the context of the complex and dynamic regional strategic, political, and economic processes that have fashioned the American role in Southeast Asia. This is done through a chronology, a bibliography, an introductory essay, appendixes, and several hundred cross-referenced dictionary entries on key persons, places, events, institutions, and organizations.