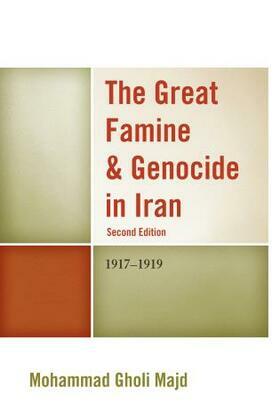 The Great Famine & Genocide in Iran

by Mohammad Gholi Majd (Author)
Buy for $38.00 Excerpt
Nonfiction History World War I 1945-1989
warning_amber
One or more licenses for this book have been acquired by your organisation details

At least 8–10 million Iranians out of a population of 18–20 million died of starvation and disease during the famine of 1917–1919. The Iranian holocaust was the biggest calamity of World War I and one of the worst genocides of the 20th century, yet it remained concealed for nearly a century. The 2003 edition of this book relied primarily on US diplomatic records and memoirs of British officers who served in Iran in World War I, but in this edition these documents have been supplemented with US military records, British official sources, memoirs, diaries of notable Iranians, and a wide array of Iranian newspaper reports. In addition, the demographic data has been expanded to include newly discovered US State Department documents on Iran’s pre-1914 population. This book also includes a new chapter with a detailed military and political history of Iran in World War I. A work of enduring value, Majd provides a comprehensive account of Iran’s greatest calamity.