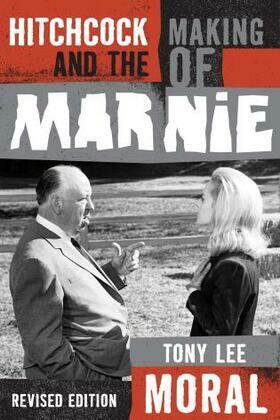 Hitchcock and the Making of Marnie

by Tony Lee Moral (Author)
Buy for $34.00 Excerpt
Nonfiction Arts Film & video History & criticism
warning_amber
One or more licenses for this book have been acquired by your organisation details

After a decade of successful films that included Rear Window, Vertigo, North by Northwest, and Psycho, Alfred Hitchcock produced Marnie, an apparent artistic failure and an unquestionable commercial disappointment. Over the decades, however, the film’s reputation has undergone a reevaluation, and both critics and fans alike have come to appreciate Marnie’s many qualities.

In Hitchcock and the Making of Marnie, Tony Lee Moral investigates the cultural and political factors governing the 1964 film’s production, the causes of its critical and commercial failure, and Marnie’s relevance for today’s artists and filmmakers. Hitchcock’s style, motivation, and fears regarding the film are well-documented in this examination of one of his most undervalued efforts. Moral uses extensive research, including personal interviews with Tippi Hedren and Psycho screenwriter Joseph Stefano—as well as unpublished excerpts from interviews with Hitchcock himself—to delve into the issues surrounding the film’s production and release.

This revised edition features four new chapters that provide even more fascinating insights into the film’s production and Hitchcock’s working methods. Biographies of Winston Graham—the author of the novel on which the film is based—and screenwriter Jay Presson Allen provide clues into how they brought a feminist viewpoint to Marnie. Additional material addresses Hitchcock’s unrealized project Mary Rose and his efforts to bring it to the screen, the director’s visual style and subjective approach to Marnie, and an exploration of the “real” Alfred Hitchcock. The book also addresses criticisms of the director following the HBO television movie The Girl, which depicted the filming of Marnie.

With newly obtained access to the Hitchcock Collection Production Archives at the Margaret Herrick Library, the files of Jay and Lewis Allen, and the memoirs of Winston Graham—as well as interviews in 2012 with the Hitchcock crew—this new edition of Hitchcock and the Making of Marnie provides an invaluable look behind the scenes of a film that has finally been recognized for its influence and vision. It contains more than thirty photos, including a storyboard sequence for the film.