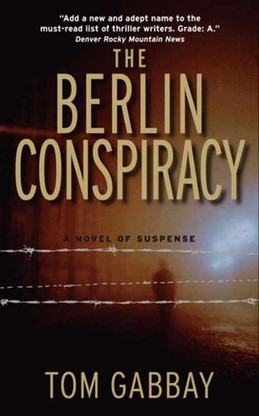 Jack Teller is through with the CIA—until the Berlin station is contacted by a Colonel in the East German Stasi just days before President John F. Kennedy's scheduled visit to the Wall. The Stasi officer has an important message—and he will speak to no one but Jack.

The informant claims a treacherous plot is brewing to assassinate the American president in Germany—a conspiracy originating at the highest levels of the U.S. government. Only Jack Teller believes the threat is real, and it has left him alienated and alone in a divided city that holds too many dark secrets. And if he forgets the two essential truths of the espionage game—that lies are currency and nothing is what it seems—he won't live to prevent a global catastrophe.