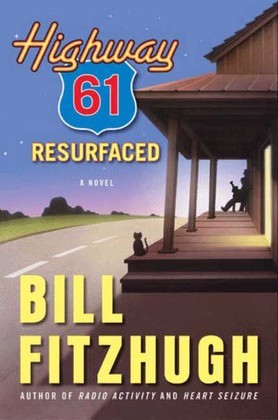 FM rock deejay and private investigator Rick Shannon is back in a big way in the second novel of a series that began with the rollicking Radio Activity.

Highway 61 Resurfaced kicks off when a woman named Lollie Woolfolk sashays into the offices of Rockin' Vestigations and says she wants to find her long lost granddaddy, blues producer Tucker Woolfolk. Before it's over, Rick Shannon has crisscrossed the sweltering Mississippi Delta in search of the thread that connects a dead man in Yazoo City found with a fork stuck in his back to an old man known as Pigfoot Morgan who was just released from Mississippi State Penitentiary after serving fifty years for murder. Further complicating matters is the lovesick Crail Pitts, onetime Ole Miss football star who is driving around the Magnolia State with a noisy lawyer in his trunk, and Cuffie LeFleur, one of four generations of a cotton dynasty that may be on its last legs. In the end, everything points to one of the great mysteries in blues lore: whether Blind Buddy Cotton, Crippled Willie Jefferson, and Crazy Earl Tate ever recorded together. When Rick starts a rumor that he's found the tapes from the legendary Blind, Crippled, and Crazy sessions, a killer is sent to collect them and Rick starts singing the PI blues.