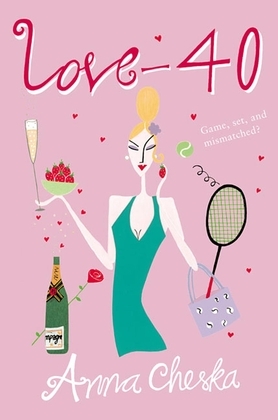 As she gets to grips with turning forty, Suzi is more than happy to have settled for a part-time lover rather than a full-time husband. She relishes her independence and, what with the constant battle to keep her best friend, her life is busy enough. She knows that boyfriend Michael isn't so much Mr. Right as Mr. Right Now. So she's baffled by his decision to give up his job to become a musician. And terrified by the news that he's expecting to move in with her.

At least down at her local tennis club Suzi can leaver her troubles behind her. In fact, she can't help but feel that life would be so much simpler if it were played like mixed doubles: with set rules, someone to keep score and where changing partners is all too easy.