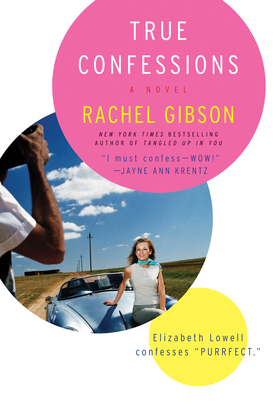 Welcome to Gospel, Idaho, where everyone knows that there are two universal truths. First, God did His best work when He created the Sawtooth Wilderness Area. Second, every sin known to heaven and earth—from the hole in the ozone to alien abductions—is all California's fault.

This is the story of what happened when a Californian came to visit . . .

Hope Spencer knows wacky: as a writer for The Weekly News of the Universe she's "spotted" Bigfoot, Elvis, and the face of Jesus on a tortilla. Arriving in Gospel hoping for some peace and quiet and normal . . . she quickly figures out that there's nothing normal going on in Gospel. From the Barnes sisters with their color-coordinated hair, to the toilet-tossing sportsmen . . . to the murder victim whose body had been found in her house years before, the Gospel truth really is stranger than fiction—even tabloid fiction. Hell, she should have stayed in L.A.

And then there's local sheriff Dylan Taber. He's no made-up character from one of her stories. She could never create anything that good. Dylan's all too real . . . and soon Hope is forced to face the awful truth—she's been too long without a man. But once she gets wind of a Hollywood actress somehow mixed up in Dylan's life, Hope realizes that if they are to have any chance together, he has some true confessing to do.