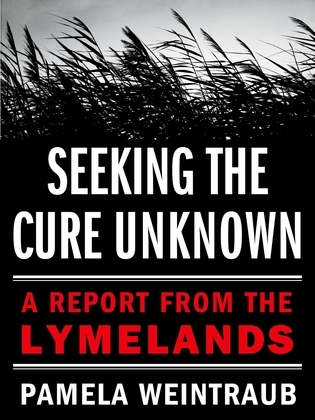 The brand-new final chapter from the revised edition of CURE UNKNOWN, the definitive, award-winning investigation into Lyme disease

Since its original publication in 2008, CURE UNKNOWN has become known as a nuanced, groundbreaking picture of the intense controversy and crippling uncertainty surrounding Lyme disease, and the only book of its kind. Award-winning journalist Pamela Weintraub reveals her personal struggle with Lyme after she and her family became seriously ill with the disease, and sheds light on one of the angriest medical disputes raging today.

In recent years, there have been many crucial updates (political, medical and scientific) to the Lyme story; the intense controversy has continued, new information has come out, and paradigm-shifting decisions made at the highest levels of government. In this brand-new final chapter of CURE UNKNOWN, originally published in the May 2013 revised edition, Pamela offers her unique, riveting take on the disease as it stands today, further exposing the ticking clock of a raging epidemic and offering sufferers new hope.