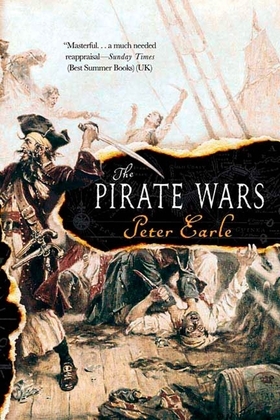 Investigating the fascination pirates hold over the popular imagination, Peter Earle takes the fable of ocean-going Robin Hoods sailing under the "banner of King Death" and contrasts it with the murderous reality of robbery, torture and death and the freedom of a short, violent life on the high seas. The book charts 250 years of piracy, from Cornwall to the Caribbean, from the 16th century to the hanging of the last pirate captain in Boston in 1835. Along the way, we meet characters like Captain Thomas Cocklyn, chosen as commander of his ship "on account of his brutality and ignorance," and Edward Teach, the notorious "Blackbeard," who felt of his crew "that if he did not now and then kill one of them they would forget who he was." Using material from British Admiralty records, this is an account of the Golden Age of pirates and of the men of the legitimate navies of the world charged with the task of finally bringing these cutthroats to justice.