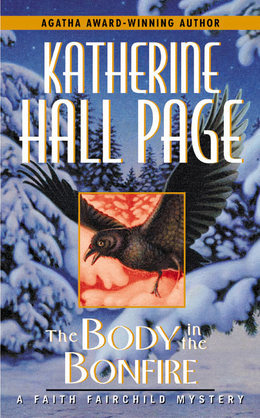 The Body in the Bonfire

Caterer and small-town minister's wife Faith Fairchild might never have accepted the job teaching a course on Cooking for Idiots at Mansfield Academy had it not been for Daryl Martin. An African-American student at the prestigious prep school, Daryl has lately become the target of a series of vicious and anonymous racial attacks -- and Faith is determined to put an end to the injustice. But Mansfield, she finds, is a seething cauldron of secrets, academic in-fighting, and unspoken rules that complicate her task. When someone tampers with her classroom cooking ingredients -- and then the remains of her prime suspect are discovered smoldering in a campus bonfire -- she realizes that a monstrous evil is stalking both Daryl and the school. And suddenly Faith's own life is in serious jeopardy as well!