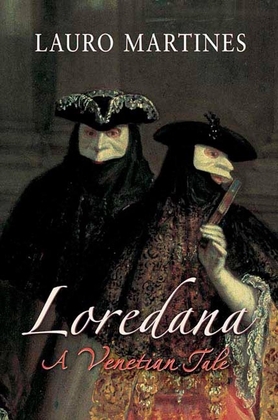 In early sixteenth-century Italy, two lovers, Loredana and Orso, seem ready to die rather than be separated. Their tale unfolds in the two-tiered city of Venice, where the nobility have the upper tier and the light of the sun, while the common people, with their manual trades, occupy the lower city--the dark tier in the shadows. Violating social and religious taboos, the passion of the lovers bridges the two cities.

A beautiful young widow, Loredana, dreads the cruel judgment of her family, one of the most powerful houses in republican Venice. Orso--a Dominican friar, mystic, and revolutionary--is in hiding, as the Venetian secret police scour the upper and lower cities for him. When the authorities close in, guardsmen control all streets and waterways, and the two lovers are driven to write out their penitential confessions, unable to reach the one priest who would not betray them.

Conjuring up the voices of lovers and of their age through a rich array of letters, confessions, secret-police proceedings, a diary, and a family chronicle, this is an astonishing take of politics, love, lust, and religious incandescence.