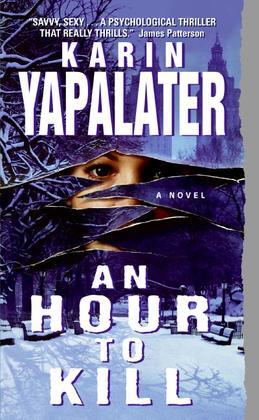 An Hour to Kill

Karin Yapalater's pulsating debut novel, An Hour to Kill, is an unforgettable psychosexual thriller set in the dark heart of New York City

When a series of brutal murders takes place in the desolate wintry landscape of Central Park, a pair of unlikely colleagues, New York City detectives James Gurson and Didi Kane, are sent to investigate. The assignment turns personal, however, when they discover the victims' deaths resonate within their own lives. The first victim, Charlene Leone -- found burned beyond recognition -- is a fellow officer, and Kane's ex-lover. The other, Orrin Gretz, is a prominent New York psychiatrist whose grisly death in a '57 Mercedes Gullwing with a .25 automatic at his side mirrors the suicide of Gurson's father.

A psychology buff and a rising star in the department, Gurson is trying to recover from a painful divorce and become a better parent to his young son. Kane, his beautiful partner -- well known for her high-octane obstinacy and her brilliance -- is barely coping with the circumstances of her former lover's brutal end when her grief is compounded by her own shocking implication in the murder. To solve the bizarre slayings the detectives must embark on an investigation that will take on eerie undertones, immersing them in a labyrinth of Freudian reverie, Jungian dreams, unconscious truths and conscious deceptions, visceral sex, and sadistic violence. Ultimately, they will transcend their professional partnership, becoming unconditional confidants in order to unveil the truth, and pull each other out from under their own personal wreckage.

Chilling, intricate, and provocative, An Hour to Kill brilliantly captures the disturbing flip side of psychoanalysis, while twisting unpredictably toward an explosive denouement that will stun readers everywhere.