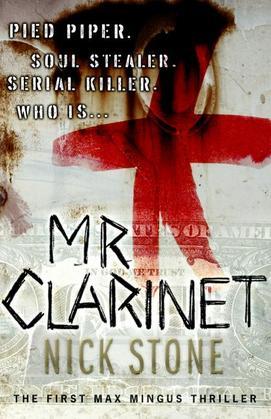 Max Mingus wanted to turn down the case—15 million bucks or not. Three years had passed since Haitian billionaire Allain Carver’s five-year-old son was abducted. Sure, Max had been the best detective in Miami once. But that was before he went to jail. Before his wife died. Plus, he’d heard what had happened to the others who’d gone searching for Charlie Carver before him . . .

With nothing left to lose—and a lot of money to gain—Max heads to Haiti. He knows about the voodoo and black magic. But when the trail to the missing boy leads to a local myth about a spirit child stealer named “Mr. Clarinet,” could the truth be even more shocking than the legend? Max’s job suddenly isn’t just about finding the boy, his killers, or the money—it’s about just staying alive.