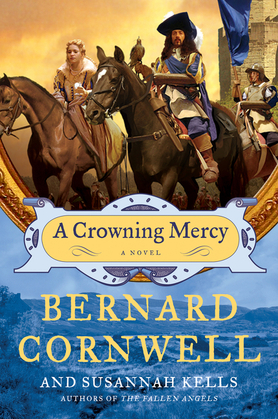 The civil war that is tearing England asunder in the year 1643 has not yet touched Dorcas Slythe, a secretly rebellious young Puritan woman living in the countryside south of London. She aches to escape the safe, pious tyranny of her father—and the opportunity appears with the arrival of Toby Lazender, dashing scion of a powerful royalist family, who awakens her to her passionate destiny. Her adventure truly begins with the discovery of an intricately wrought gold seal—one of four that, when joined, will reveal a great secret. Suddenly grave danger lies before her—not from Cromwell's advancing armies, but from relentless enemies who covet the great treasure to which she now holds the key.