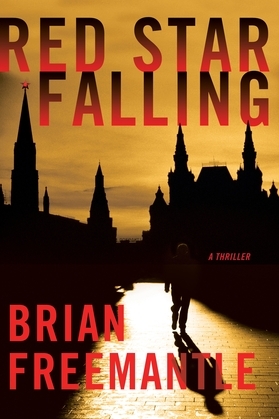 "If Brian Freemantle isn't the best writer of spy novels around, he's certainly, along with John le Carré, in the top two. . . . It doesn't get much better than this." ---The Philadelphia Inquirer

In a botched escape from Russia, MI5 spy Charlie Muffin is seized by the FSB, Russia's intelligence-service successor to the infamous KGB. Charlie is Russia's long-term target in British counter-intelligence, and Moscow is determined to extract, by whatever means necessary, every secret of British---and Western---espionage over Charlie's thirty-year career.

Charlie's determined not only to resist the interrogation but to learn from it if his Russian intelligence-officer wife and their daughter escaped the trap that snared him and have reached England. He embarks on a cat-and-mouse battle of deception to convince his interrogators that they're learning what they want---or think they want---aware that one misspoken word could be fatal.

That's not Charlie's only problem. He's also trying to work out how his escape was foiled. It could not have been only due to the FSB, or his wife and daughter would have been caught as well. His MI5 boss doesn't think it was, either, and suspects treachery by Britain's external intelligence organization, MI6. To help discover the truth, Natalia, Charlie's wife, uses all the Russian tradecraft she's ever learned to help save her husband.
Red Star Falling---the third in the Red Star trilogy---continues the acclaimed series that has established Brian Freemantle as one of the world's most ingenious espionage writers.