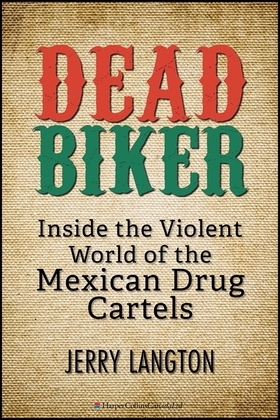 Ned Aiken had thought he had seen it all. After dropping out of school to run with one of the Midwest`s most powerful outlaw motorcycle gangs, he spent some time with the Russian mafia - just barely escaping from them alive. But none of that had prepared him for the incredible brutality and reach of the Mexican drug cartels.

Kidnapped, beaten and threatened, Ned begins to work with the cartel. Before long, he is shocked at their attitudes toward life, death and crime, but knows the only way he`ll survive is with them. He is an immediate success in the cartel and attracts the attention of his bosses.

But before long they realize Ned is worth less to them in Mexico than he is in Texas. They send him back across the border to join the Vatos, a mixed Mexican-American motorcycle gang. He finds himself back in a black leather jacket on a Harley selling drugs and intimidating witnesses. But this time, the stakes are a lot higher.