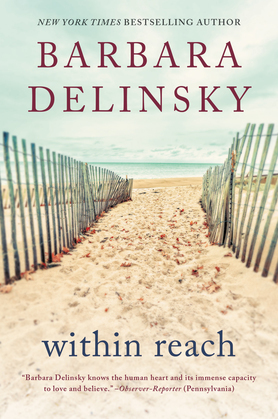 The charming vacation house on the coast of Maine was meant to be a heavenly retreat for Danica Lindsay and her husband Blake, a place where they could mend the wounds of a strained and tired marriage. Instead, she finds herself mostly there alone while Blake's political star is rapidly rising back in Boston. Were it not for the companionship of her new neighbor, gentle and caring Michael Buchanan, Danica would surely be overcome by loneliness and despair.

But a friendship that is cherished and uplifting is slowly transforming into something less innocent, more passionate—something that could easily be called "love." For the first time in her life, a chance for true happiness may be in Danica's reach. But how can she grab onto it when she remains another man's wife, bound by her vows to a marriage plagued by doubt and pain . . . and by secrets so shocking an entire nation will take notice?