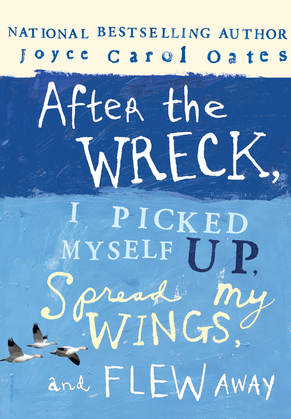 After the Wreck, I Picked Myself Up, Spread My Wings, and Flew Away

In the raw was how the world felt now. My feelings were raw, my thoughts were raw and hurtful like knife blades. . . . In the blue had been my place to hide, now In the raw there was nowhere to hide.

Jenna Abbott separates her life into two categories: before the wreck and after the wreck. Before the wreck, she was leading a normal life with her mom in suburban New York. After the wreck, Jenna is alone, trying desperately to forget what happened that day on the bridge. She's determined not to let anyone get close to her -- she never wants to feel so broken and fragile again.

Then Jenna meets Crow. He is a powerfully seductive enigma, and Jenna is instantly drawn to him. Crow is able to break down the wall that Jenna has built around her emotions, and she surprises herself by telling him things she hasn't told anyone else. Can Jenna bring herself to face the memories she's tried so hard to erase?