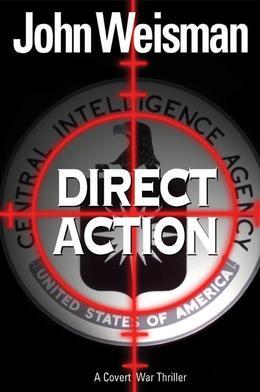 In this compulsive page-turner, six-time New York Times bestselling author John Weisman blows the lid off one of Washington's deepest real-world secrets. The CIA, currently incapable of performing its core mission of supplying critical and time-sensitive human-based intelligence for the global war on terror, must now outsource the work to private contractors. Drawing on real-world crises and actual CIA operations, Direct Action takes readers deep inside this new and unreported covert warfare that is being fought on a daily basis by anonymous shadow warriors all across the globe.

Racing against the clock and shuttling between Washington, Paris, and the Middle East, one of those shadow warriors, former CIA case officer Tom Stafford, must slip below the radar to uncover, target, and neutralize a deadly al-Qa'ida bombmaker before the assassin can launch simultaneous multiple attacks against America and the West. And as if that weren't enough, Stafford must simultaneously open a second front and mount a clandestine war against the CIA itself, because for mysterious and seemingly inexplicable reasons the people at the very top of the Central Intelligence Agency want him to fail.

The characters and operations in Direct Action are drawn from true-life CIA personnel and their real-world missions. With Direct Action, John Weisman confirms once again Joseph Wambaugh's claim that "nobody writes better about the dark and dirty world of the CIA and black ops."