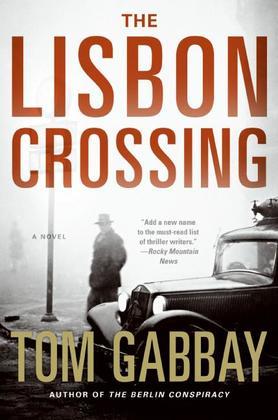 Summer 1940. With Europe in the iron grip of Hitler's war machine, stuntman Jack Teller arrives in neutral Lisbon on the arm of international screen legend Lili Sterne. The German-born actress has given Jack the job of finding her childhood friend, Eva Lange, who escaped Berlin one step ahead of the Nazi terror. But he's not the first to come looking for Eva. The man who preceded him—top Hollywood detective Eddie Grimes—ended up dead . . . on the night he found Eva.

Following leads that take him from the glittering nightclubs of the Estoril coast—where he rubs elbows with the likes of Edward, Duke of Windsor, and his scheming wife, Wallis Simpson—into Lisbon's dank and seedy backstreets, Jack searches for answers among the deceptions and lies of the dangerous city. A shattering discovery along the way takes him to the perilous boulevards of occupied Paris and propels him into the heart of a nightmare, where his actions could change the course of the war.