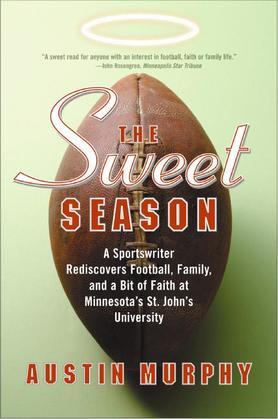 After fifteen years as a Sports Illustrated writer, pleading for interviews with large men in possession of larger egos, Austin Murphy decides to bail out. The time has come, he concludes, to fly beneath the radar of big-league sports, to while away a season with the Johnnies. So, he moves his family to the middle of Minnesota to chronicle a season at St. John's, a Division III program that has reached unparalleled success under the unorthodox guidance of John "Gags" Gagliardi.

The Sweet Season is an account of what happens when a family pulls up stakes and spends months in a strange and wonderful place. It is also, not incidentally, the story of the most incredible football program in the country, run by a smiling sage who has forgotten more about the game than most of his peers will ever know.