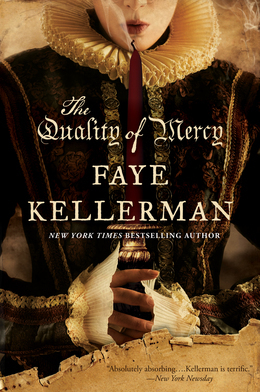 The Quality of Mercy

Rebecca Lopez enjoys a life of privilege in Elizabeth's England -- yet she guards secrets she dares not reveal. The beautiful, tempestuous daughter of the queen's own physician, Rebecca is also a converso -- a Jew who practices her prohibited religion clandestinely -- helping others of her banned faith escape persecution and death. And her insatiable hunger for excitement often takes her to the bustling streets of London in male garb to experience the kind of adventure available only to men. But one such outing is leading her into a dangerous viper's nest built of intrigue and foul murder in the company of a dashing young actor who inflames her romantic passions, even as he escorts her toward peril, a charming and fearless would-be playwright who calls himself Will Shakespeare.