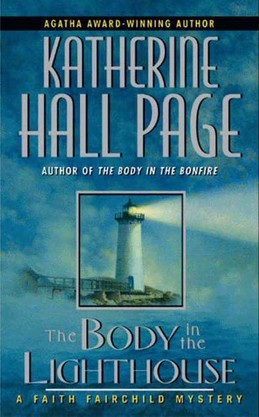 The Body in the Lighthouse

Something was very wrong on Sanpere this summer . . .

To escape the misery of a sweltering August in Aleford, Massachusetts, caterer and minister's wife Faith Fairchild and her family head for their cottage on Maine's peaceful Sanpere Island in Penobscot Bay. But things have changed since their last visit. An aggressive developer is moving forward on plans that will destroy the unique ambience of the island, infuriating residents. Tensions are running dangerously high, and soon murder rears its hideous head. Faith discovers a corpse while exploring the grounds of Sanpere's historic lighthouse. With fear running rampant and volatile emotions approaching the detonation point, the intrepid sleuth must track down a killer for the sake of a friend and the island she loves.