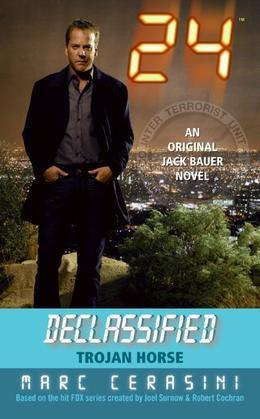 The eyes of the world are watching

A powerful world leader is expected to join the Hollywood elite at a star-studded ceremony to be broadcast around the globe. But security has been severely compromised -- and a plot is already in motion to turn the Los Angeles Chamberlain Auditorium into a gruesome slaughterhouse.

When an on-line "Trojan Horse" detected by the CTU cyber unit sends up red flags, rogue operative Jack Bauer is called into action. He has less than twenty-four hours to prevent an unthinkable act of death and destruction from occurring -- a televised massacre intended to topple a foreign government and bring terror into millions of American households.

The countdown is on.