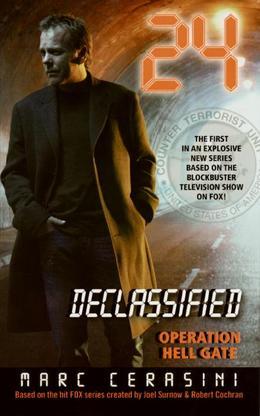 Within twenty-four hours a nightmare will be unleashed that could cause the death of untold millions and devastate a great nation. It's a plot being carried out by the unlikeliest of allies. A powerful mole within the deepest reaches of U.S. Intelligence has secretly conscripted the very criminals he's been charged with investigating -- former IRA terrorists, Latino and Asian gang members, Middle Eastern assassins and others -- creating one of the most insidious terrorist networks law enforcement has yet to take down.

One man stands between the destroyers and the death tide: Jack Bauer, lone wolf operative for America's brand-new elite Counter Terrorist Unit. But he's three thousand miles from the CTU command center without backup in a strange city, New York. He's been artfully set up and is being hunted by the FBI for the murder of two of its agents. And time's almost up . . .