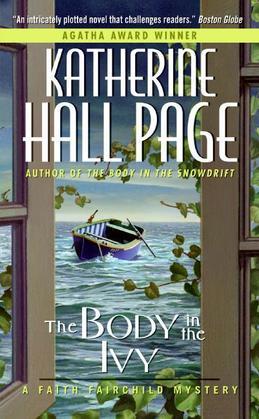 The Body in the Ivy

In this homage to Agatha Christie's And Then There Were None, Faith Fairchild is asked to cater a very small, very private college reunion on an isolated New England island—an event that could be her dream job. But when she discovers the true reason for the get-together, not even the spectacular ocean views can keep it from turning into a nightmare. Thirty years ago, bestselling suspense writer Barbara Bailey Bishop lost her twin sister in a tower fall deemed a suicide. But Barbara is convinced that Hélène did not die by her own hand, and she's trapped Hélène's former classmates—her prime suspects—at her home with no phone lines, no cell reception, and no means of escape.

One by one, the alumnae fall prey to a madwoman. A disturbed sister's revenge . . . or a former coed's coverup? Faith must quickly unlock the secrets of Hélène's last night if she wants to leave the island alive.