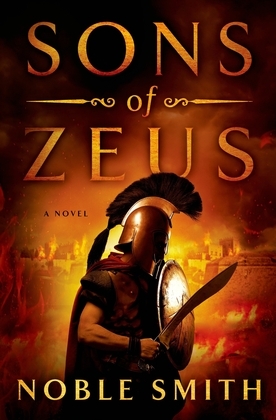 In 431 B.C., Ancient Greece experienced its own "Pearl Harbor"?a treacherous sneak attack that would mark the start of the bloody war between the democracy of Athens and the tyranny of Sparta. Caught between these superpowers, the independent city-state of Plataea became the arena where their battle for control of all of Greece would begin.

In Plataea, the young Greek warrior Nikias dreams of glory in the Olympic games as he trains for the pankration?the no-holds-barred ultimate fighting of the era?until an act of violence in defense of his beloved threatens to send him into exile. But before his trial can take place, a traitor opens the city gates to a surprise attack force.

Suddenly trapped inside their own fortress, the Plataeans are fighting for their lives. As Nikias seeks to discover the identity of the man who betrayed the city, he makes a daring escape, gathers an army, and leads this ragtag band into a suicidal battle at the gates of the citadel?a battle that will decide the fates of his family, his friends, and the woman he loves.

In the vein of Bernard Cornwell, Conn Iggulden, and Steven Pressfield, Sons of Zeus marks the beginning of a richly detailed new action-adventure series.