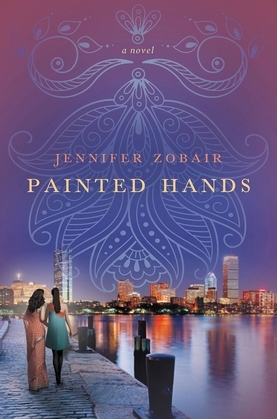 Jennifer Zobair's Painted Hands is The Namesake meets Sex and the City, an engaging and provocative debut novel about friendship and the love lives of American Muslim women.

Muslim bad girl Zainab Mir has just landed a job working for a post-feminist, Republican Senate candidate. Her best friend Amra Abbas is about to make partner at a top Boston law firm. Together they've thwarted proposal-slinging aunties, cultural expectations, and the occasional bigot to succeed in their careers. What they didn't count on? Unlikely men and geopolitical firestorms.

When a handsome childhood friend reappears, Amra makes choices that Zainab considers so 1950s?choices that involve the perfect Banarasi silk dress and a four-bedroom house in the suburbs. After hiding her long work hours during their courtship, Amra struggles to balance her demanding job and her unexpectedly traditional new husband.

Zainab has her own problems. She generates controversy in the Muslim community with a suggestive magazine spread and friendship with a gay reporter. Her rising profile also inflames neocons like Chase Holland, the talk radio host who attacks her religion publicly but privately falls for her hard. When the political fallout from a terrorist attempt jeopardizes Zainab's job and protests surrounding a woman-led Muslim prayer service lead to violence, Amra and Zainab must decide what they're willing to risk for their principles, their friendship, and love.