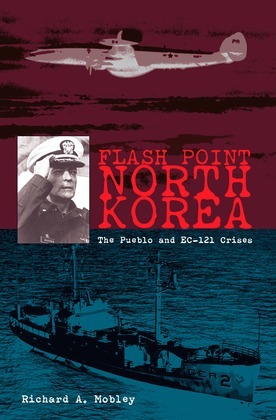 de Richard Mobley (Autor)
No Ficción Historia Historia por país Estados Unidos Periodo histórico Guerra de Coréa
During a dark period of U.S. military history in the late 1960s, North Korean forces captured an American naval vessel and shot down an unarmed reconnaissance aircraft, taking the lives of thirty-one U.S. sailors and Marines and striking a damaging blow to American honor. This look back to that earlier time of crisis provides serious food for thought as contemporary strategists again grapple with a North Korean regime that threatens regional security and U.S. national interests. The capture of USS Pueblo has been written about extensively but rarely in context with the shoot down four months later of an EC-121 aircraft and never with so much relevant documentation Richard Mobley, a veteran naval intelligence officer who served on the staff of U.S. forces in Korea during the late 1990s--confronting many of the same challenges faced in the 1960s and today--has uncovered a vast array of recently declassified documents that shed new light on these events and address lingering questions about U.S. reactions and its failure to retaliate. The formerly top secret answers to these and many other frequently asked questions are all covered in Mobley's groundbreaking investigation. His careful examination of the resource strains caused by concurrent U.S. involvement in Vietnam the unexecuted retaliatory plans, and lessons learned confirms many criticisms long leveled at U.S. planners and decision-makers. It also challenges other criticisms by revealing new information and by placing these facts in the context of the time. The author couples the wisdom of hindsight with the revelation of new information for a timely new work on a subject of ongoing and vital importance.