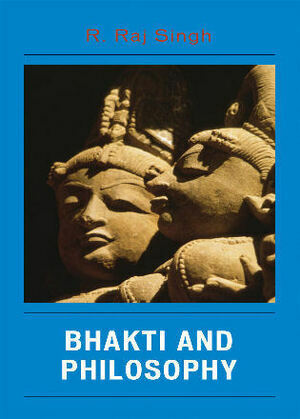 by R. Raj Singh (Author)
Buy for $45.50 Excerpt
Nonfiction Human science Philosophy Eastern Buddhism
warning_amber
One or more licenses for this book have been acquired by your organisation details

Bhakti is a remarkable feature and tendency of human existence having to do with one's devoted involvement with a person, object, deity, or creative project. In Bhakti and Philosophy, R. Raj Singh traces the larger meanings and roles of bhakti as it historically emerged in some of the well-known thought systems of India, such as Vedanta and Buddhism, with a special focus on the seminal texts such as the Vedas, Upanishads, the Bhagvadgita, the Bhakti sutras and the Buddhist sutras. The book specifically outlines the connection between bhakti and philosophy, a connection hitherto missed in most studies on bhakti, which happen to focus on the religious dimension as opposed to the secular and existential meanings of this pivotal tendency. The value of this work lies not only in its substantive contribution to philosophy and religious studies, but also in advancing our understanding of bhakti as a universal tendency and a vital component in resolving the ever-enigmatic philosophical problem stated in the simple question 'what is love?'