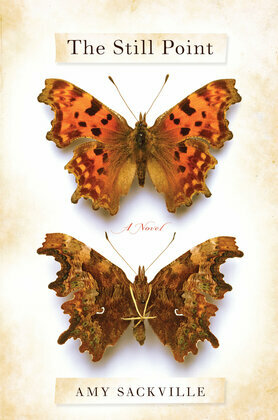 The Still Point: A Novel

by Amy Sackville (Author)
Fiction Literary English literature British literature
At the turn of the twentieth century, Arctic explorer Edward Mackley sets out to reach the North Pole and vanishes into the icy landscape without a trace. He leaves behind a young wife, Emily, who awaits his return for decades, her dreams and devotion gradually freezing into rigid widowhood.

A hundred years later, on a sweltering mid-summer’s day, Edward’s great-grand-niece Julia moves through the old family house, attempting to impose some order on the clutter of inherited belongings and memories from that ill-fated expedition, and taking care to ignore the deepening cracks within her own marriage. But as afternoon turns into evening, Julia makes a discovery that splinters her long-held image of Edward and Emily’s romance.

The Still Point slaloms through past, present, and future, with dreams revealing a universal simultaneity to the choices we must all make in the faces of love and passion. Long-listed for the Orange Prize, The Still Point is a powerful literary debut, masterfully told in the language of the heart.