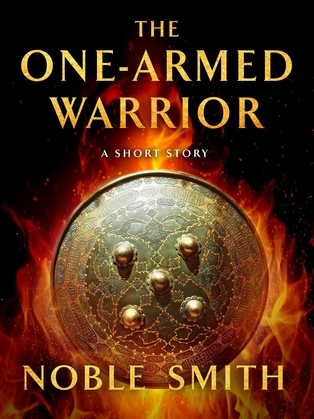 In the ancient Greek city-state of Plataea, teenage warriors trained in the ways of the battlefield long before they reached the age of eighteen. They also trained in the vicious, no-holds-barred form of unarmed combat called pankration. Similar to today's Ultimate Fighting and MMA (Mixed Martial Arts), this extreme style of man-on-man battle was featured in the original Olympic games.

And sometimes, those pankration techniques were used not just for glory on the battlefield or in the Olympic stadium, but in the fields outside the city gates to settle personal, deep-seated grudges between fighters.

The short story The One-Armed Warrior introduces the young pankrator Nikias, the hero of Noble Smith's forthcoming novel Sons of Zeus, a work of historical fiction that will appeal to fans of Steven Saylor, Steven Pressfield, and Simon Scarrow.