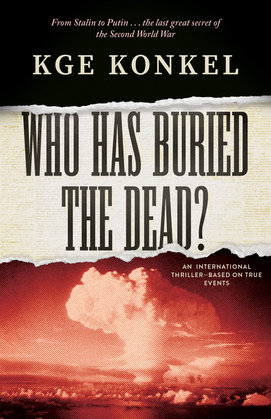 Who Has Buried the Dead?

From Stalin to Putin … The last great secret of World War Two
by Kge Konkel (Author)
Buy for $12.99
Fiction Espionage War & military Nonfiction Social science Political science Political freedom & security Intelligence
warning_amber
One or more licenses for this book have been acquired by your organisation details

The Second World War was fought not only on the front lines but also in secrets, some of which have never been revealed. One such secret was buried in the deep, dark forest of Katyn, Poland. The other in the pages of a notebook hidden in an otherwise unremarkable café in an ancient Polish city.

That notebook, known as the Scottish Book, was an obscure work of intellectual gamesmanship between a specialized group of mathematicians who met at a local pub near the town’s medieval university, where they shared and solved complex mathematical problems in the pages of the book. In 1939, as the Nazis overran the country, the book mysteriously vanished from its hiding place in the café. Some of its contributors avoided certain death by fleeing Poland for America, where the government recruited them. Ultimately, some of these intellectuals became participants in a deadly undertaking: the Manhattan Project.

Who Has Buried the Dead? may be fiction, but it draws on years of research to plausibly answer the real questions surrounding one of the last great secrets of the Second World War. What did the Scottish Book contain that led the NKVD, the Gestapo, and the Allies on a desperate search, using any means to find it? Why has its existence not factored into the telling of Second World War history? What is ultimately revealed within the Scottish Book that brought mortal enemies and their top spy operatives into a deadly contest for its discovery and seizure?