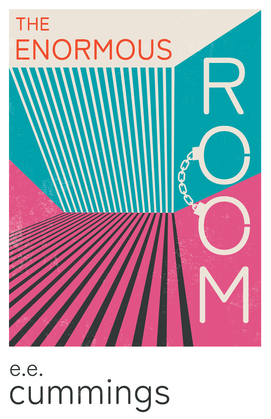 With an Introductory Poem by Anne Brontë
by e. e. cummings (Author)
Buy for $6.99 Excerpt
Nonfiction Biography & autobiography Literary Personal memoirs Fiction War & military
warning_amber
One or more licenses for this book have been acquired by your organisation details

Darkly humorous and intensely energised, this fictionalised autobiography is a major work of World War I literature and is e.e. cummings’ most notable novel.

It’s late August 1917, and in the midst of the raging Great War, a soon-to-be-famous modernist poet, e.e. cummings, is arrested by the French authorities on suspicion of espionage. While volunteering as an ambulance driver with the US military, cummings was imprisoned alongside his friend and fellow writer, William Slater Brown, after they were accused of including anti-war sentiments in their letters home.


The Enormous Room is the ironically comedic memoir of cummings’ time spent imprisoned in France. His famous wit and unorthodox approach to grammar are visibly emerging in this seminal work. The narrator’s playful voice ensures the novel lacks any bitterness or melancholy that commonly accompanies literary accounts of hardship. The strange and colourful characters cummings is imprisoned with juxtapose the inhumanity of war, while highlighting the sense of comradery among those imprisoned in the enormous room.

First published in 1922, The Enormous Room is a prose report of cummings’ own personal enlightenment and a testimony of the war’s psychological damage. Now in a new edition with an introductory poem by Anne Brontë, this volume is a great read for fans of cummings’ poetry who wish to learn more about the modernist writer’s fascinating mind.