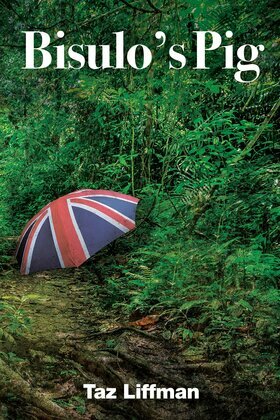 by Taz Liffman (Author)
Buy for $7.99 Excerpt
Fiction Historical Humorous
warning_amber
One or more licenses for this book have been acquired by your organisation details

It’s the turn of the nineteenth century and a small contingent of British colonialists has been dispatched to a (fictitious) African country, their mission: to establish colonial dominion over an ‘unclaimed territory’. While some of colonialism’s cruelties have by this stage been realised, the ‘Scramble for Africa’, under the auspices of Darwinian theory, Christian charity and Eurocentrism, has assumed the guise of philanthropy. Colonialism’s ‘noble duty’ – the ‘white man’s burden’ – is ‘to save the savages from themselves’.

Told with a dry, caustic humour that lampoons the era’s language and sensibilities, Bisulo’s Pig aims to situate the reader in the colonial mindset, typical of the time, that fictionalised Africa and rendered its native inhabitants as pitiful, barbarous or subhuman – and to reveal that a great many of us might not be quite as free of an imperialistic outlook as we may fancy.

‘In recent decades, countless novelists have been criticised for the ways in which they’ve treated Africa and Africans in their works. And often justly so: many of these handlings have been crude, prejudiced, ignorant and dehumanising.

‘Ultimately, Bisulo’s Pig is all about cultural relativism and suprarationalism: Anthropology 101. It aims to show there can be logic couched in absurdity, science undergirding superstition, reason amid randomness. While the book’s aim is to darkly parody the colonial project as an exercise in farce, its overriding purpose is to reveal the multifarious guises under which racial prejudices persist.’ – Taz Liffman