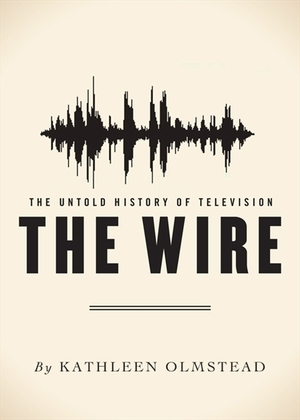 The Untold History of Television provides a captivating glimpse behind the scenes of the groundbreaking series that have both defined and changed the pop culture landscape.

David Simon’s The Wire, hands down, has been described by critics and fans alike as simply the best television show, ever. More than just your typical cop drama where the heroes and the villains are easy to define, The Wire took television storytelling to a whole new level when it premiered in June 2002. Audiences faced the seedy underbelly of Baltimore, Maryland and questioned what makes a city work—or what makes it fail. In this text, Kathleen Olmstead investigates the ups and downs of a show so compelling that, “even when it was hard to watch—the violent crime, vicious attacks or characters behaving badly—it was even harder to look away.”