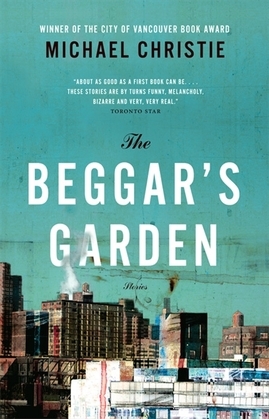 Longlisted for the 2011 Scotiabank Giller Prize

Critically lauded, The Beggar’s Garden is a brilliantly surefooted, strikingly original collection of nine linked short stories that will delight as well as disturb. The stories follow a diverse group of curiously interrelated characters, from bank manager to crackhead to retired Samaritan to web designer to car thief, as they drift through each other’s lives in Vancouver’s Downtown Eastside. These engrossing stories, free of moral judgment, are about people who are searching in the jagged margins of life—for homes, drugs, love, forgiveness—and collectively they offer a generous and vivid portrait of humanity, not just in Vancouver but in any modern urban centre.

The Beggar’s Garden is a powerful and affecting debut. Its individual stories have been anthologized in The Journey Prize Stories and have been nominated for major awards, including a National Magazine Award for fiction. The collection has been longlisted for the Frank O’Connor International Short Story Award.