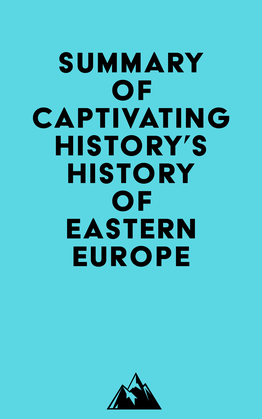 by   Everest Media (Author)
Buy for $3.99 Excerpt
Nonfiction History History by country Europe Eastern
warning_amber
One or more licenses for this book have been acquired by your organisation details

#1 The idea of Eastern Europe is a modern concept. It is difficult to point out an Eastern European country on a map, as the region has always been a neutral zone between the world’s greatest empires.

#3 Eastern Europe is the birthplace of many of the things we use today, from paper to the bicycle. It was a path of migration for people and ideas, which affected Eastern European development.

#4 The Eurasian Steppe was used by nomadic horsemen traveling along the Eurasian landmass. With flatlands without many forests, the steppe was perfect for invading nomads, like the Scythians, Mongols, and Huns, to move into Europe.