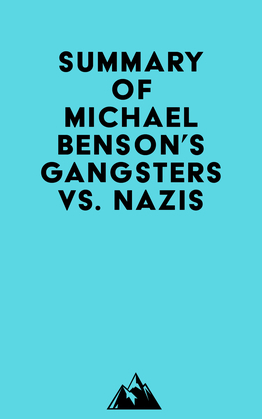 by   Everest Media (Author)
Buy for $3.99 Excerpt
Nonfiction History History by country United States
warning_amber
One or more licenses for this book have been acquired by your organisation details

#1 The Jewish migration to America began in the nineteenth century, and by the 1920s, there were four million Jews in the country. While some Jews’ lives were dominated by Old World religious practices, there were also teenaged boys who sought to avoid a life of shopkeeping or factory drudgery and instead pursue careers in crime.

#2 The Jewish gangsters that the boys admired were not afraid of danger, and they were often the danger. They were not cowering behind a desk, they were wading into fights and tossing people on their ears into the street.

#3 Jewish gangsters and their Italian cousins ruled the underworld, and many young Jewish boys found a brotherhood in the gangs. As the fascist menace grew in New York, Meyer Lansky became the nation’s top Jewish gangster.

#4 Fascist ideology is based on the belief that a dictator is better than an elected one because many voters are enemies of the people and need to be oppressed. It requires a strong leader and a weaker scapegoat. In Germany, Hitler became the dictator and Jews the scapegoat.