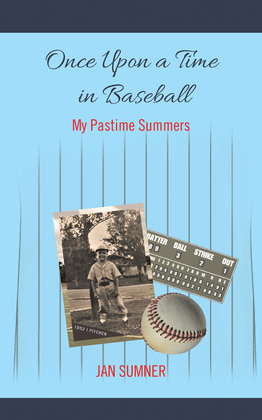 Once Upon a Time in Baseball

Years after his baseball career was derailed by a violent accident, our national pastime reappeared in his life – and has remained to this day. What follows is his extraordinary journey – baseball has taken him on a ride from the little leagues to the major leagues, and all stops in between. Jan’s memoir, Once Upon a Time in Baseball: My Pastime Summers, is a nostalgic look back at the golden age of baseball through the eyes of a young boy growing up in the 1950s, to a man in his fifties throwing batting practice for the newest entry in MLB, the 1993 Colorado Rockies.

The book starts on the playground when, as a passionate fan, Jan was learning to play the game, and trading baseball cards, including the time he literally gave away one of the most valuable cards of all time. In high school, college and semi-pro, he discovered his talent as a pitcher, throwing a number of no-hitters. His dream was coming true – in the game he loved so much, and was on track for what he hoped would be a career in the big leagues. Then the summer following his sophomore year in college he was almost killed in a car wreck which ended his major-league dreams, or so he thought. Decades later he found himself back on the hill, throwing batting practice for the Rockies for six years, including throwing at Dodger Stadium and Wrigley Field, and culminating in the honor of presenting his book, Legacy of a Monarch – an American Journey, the biography of an all-star shortstop for the Kansas City Monarchs, at the Baseball Hall of Fame in Cooperstown in 2006.

Once Upon a Time in Baseball is a look back at the glory days of baseball, when it was sports king in America. Everyone who lived and loved the game back then will find this story brings back longing memories of days gone by.